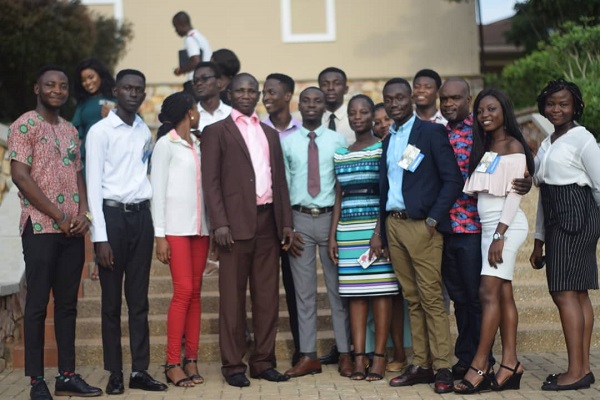 On 23rd May, 2019, UMaT students emerged winners of the Mzuzah competition (Mzuzah Convergence 2019) held in Ashesi University. The event sought to explore the critical role of Africa’s young leaders aged between 18 and 33 years in global sustainability and sought to inspire the next generation of African leaders to think more sustainably. After a lengthy process of presentations, UMaT Geomatic Engineering team came first, UMaT Mining Engineering team was second and UMaT Minerals Engineering team came forth after competing with seventeen teams from other universities. Mzuzah explores models of building connections between sustainability, social and environmental impact, and economic empowerment. Mzuzah brings together experts and thought leaders to engage a diverse group of stakeholders with a focus on millennials in establishing sustainable leadership in Africa and other emerging markets. According to Mzuzah co-founder, Doyin Oluntona, by educating and engaging the next generation of leaders, they expect to develop individuals whose mindsets are hardwired to consider the implications of their actions on the well-being of their ecosystem, which includes their own personal economic well-being; and their community and environmental well-being, resulting in better informed decision makers and approaches to sustainable economic development and social impact issues on the continent. The Geomatic Engineering Team will represent Ghana at the John Hopkins University in the United States of America later in the year.

Some Participants in a Group Photograph after the Event

Group Photograph of the Clerks with Management  The University of...

Prof Frimpong was awarded for his long-term contributions to mining engineering education, research, and professional development and for his international recognition as an outstanding scho...

GET IN TOUCH WITH US